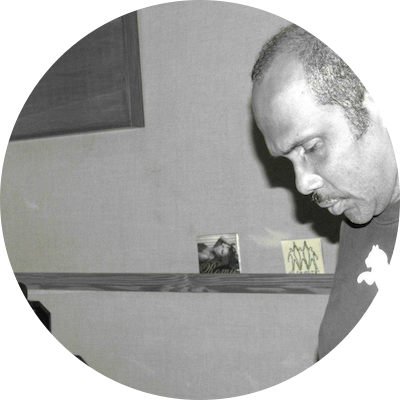 British-born Martin Raymond migrated to Trinidad at an early age and began playing music at age nine. His first instruments were the piano and organ, but he switched to the guitar at age 14. After a few stints in school bands, the Fatima College alumni was recruited by Carl “Beaver” Henderson to join the band Fireflight as second guitarist. Through the band and its parent company, Gold Sounds Limited, Martin got a thorough grounding in many aspects of the music industry including live performance, studio engineering, sound design and synthesis. Martin was involved in the production of many of the band’s hits including “Morning Loving” and “White Horse” and also helped to co-write the hit ‘Meet Me On Level 2’ with Francis Escayg for the band RF-JAM, before moving back to the UK in 1986.

In London, Martin studied music production and digital audio and lent his skill to many artists during the emerging UK Hip-Hop / Dance scene in the 1990’s. During a 5-year stint at the Italia Conti Academy of Theatre Arts he did music arrangement/direction for academy productions and also engineered projects for clients such as CBS/Sony, Polydor, and Channel 4 Television.

Martin is Assistant Professor of Audio Recording & Music Production at The University of Trinidad & Tobago’s Academy for the Performing Arts, where he is Programme Leader for the Music Technology Programme. Martin holds an MA in Carnival Studies from UTT. His Master’s thesis was on the development of sound systems in Trinidad during the 1980’s. He has been a consultant to local industry bodies in addition to working alongside the National Training Agency (NTA) in developing a national standard and curriculum for audio engineering. He is a director of Music TT, a subsidiary of Creative TT, a division of the Ministry of Trade and Industry. He is also member of PRS - the Performing Rights Society (UK) and The Recording Academy (US). He is a Avid-certified Pro Tools Operator and also an Apple Certified Professional and Trainer in Logic Pro.

Wrapping up Season 2, we had the privilege to have one of the most eye, and ear opening discussions with Mr. Martin 'Mice' Raymon…