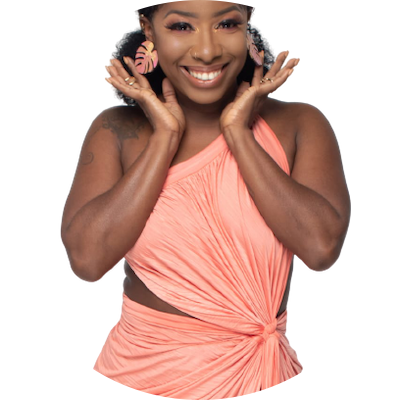 Leah-Sophia
Leah-Sophia Richards (born 26th October 1989) is a Tobagonian singer-songwriter-producer most strongly associated with the pop urban genre but is able to master all genres. Born in Scarborough Tobago to a family of musicians, Leah grew up influenced by the sound and artistry of the musical traditions of soca and calypso Reggae RnB classical and pop sounds. At the age of five, Richards began singing regularly in a musical band owned by her parents Orin and Jennifer Richards. This band performed in all the hotels, restaurants and functions on the island. Leah also participated in music festivals, calypso competitions and the world championship of performing arts in Hollywood where she received gold medals and trophies. Her professional career began at the age of 8. She is not only classically trained in voice but also in music production and various instruments including the pan and keyboards. Leah-Sophia is pursuing her musical career and has released several sings witch are all available on all streaming platforms.

Leah-Sophia, as we speak with her on this week's episode, is a dynamic young vocalist, who writes her own music, both lyrics and …