So let’s talk about what we can takeaway from twenty-four episodes of For the Most Part. For starters we decided to start this blog at the end of the Season 1 to ring in Season 2 on some positive energy.

Everything is online. Quite literally. So it means that there’s possibility to tap into the online market, be it vlogs, music videos, lessons, everything. Once you have decided WHAT you’d like to do, GO FOR IT. Social distancing has essentially forced the world to embark on a brand new lifestyle of living online. You can now (especially) in Trinidad and Tobago do grocery orders online as well. The pandemic has provided entrepreneurs with businesses and large corporations to maneuver their products to an online setting. 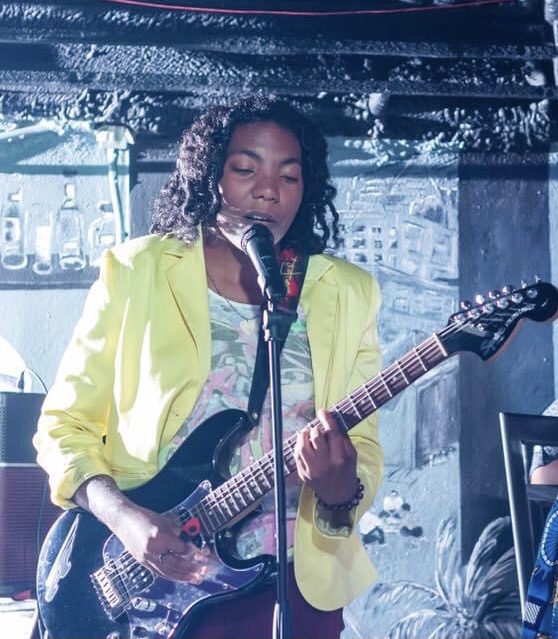 Kemi Ible started music at the age 3 years learning Piano under Dr. Patricia Dardaine - Ragguet. At the age of 11, she moved with her mother and brother to Azerbaijan for two years. From there music was a first love and there she picked up guitar and began her journey of being self taught.

Upon her return she was enrolled into the International School of Port of Spain, where she continued her music studies, mastering her skills, and expanding her musicianship to drums, vocals, bass guitar, classical guitar, steelpan and other instruments as well.

Known to many as a multi-musician, and multitalented individual who is a music festival winner, teacher, arranger, author, composer, and former national athlete. She has travelled the world to countries like Turkey, Egypt, Uzbekistan, Venezuela, Ecuador and the list continues.

She is an avid performer having worked in both studio and stage. Her studio works include, “Road Trip Reloaded- Machel Montano” playing both guitar and bass.

She has pursued an Associate's at COSTAATT, completed her Bachelors Degree in Musical Arts at the UWI and has returned to read for her Master’s in Education- Inclusive and Special Education. She hopes to further her studies to either Doctorate of Philosophy in Education (PhD), or Doctorate in Education (EdD).

Kemi believes that 'Music connects each and every one person together', and through her Podcast, and music school, Studio, her goal is to give people an opportunity to not just learn music, but walk away with a deeper appreciation for what most would consider to be the Performing Arts.